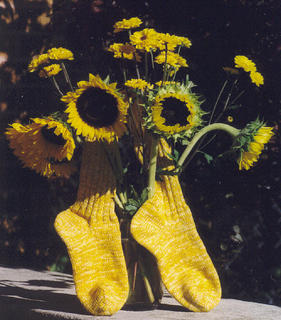 So I'm officially on holiday until after Labour Day weekend! I expect to be away from the computer (its on campus, and I won't be), so I'll catch up blogging and e-mailing and stuff in September. Happy summer all!
Posted by LDF at 10:56 am 1 comment:

Idiots, opinions, and movies, and more

Class has finished for the summer, so I was at home yesterday and supposed to be studying for next Monday's exam. This proved next door to impossible, as ANYTHING and EVERYTHING distracted me!

One major distraction was the radio - which I turned on to drown out other more distracting noises happening in my building. Several CBC newscasts and programs went on and on and on about new legislation upping criminal sentences for trafficking in crystal meth. Fine, I have no problem with that. I think crystal meth is a horrible and deadly drug and its destroying far too many brains and lives. However, some idiot law enforcement person commented that stiffer sentences had got rid of the heroin and cocaine trafficking problems! I very nearly fell off my chair. First, heroin and cocaine are still around, and if ya think not, ya need to open your eyes and ears! Second, fewer numbers of heroin and cocaine traffickers simply indicates the drug of choice has shifted overwhelmingly to crystal meth. (Again, open your eyes and ears! If I can see and hear stuff - and I lead a pretty boring life! - why can't you all???) Third, the problem of trafficking is never going to go away without addressing the social issues that lead to poverty, hopelessness and addictions in the first place! This current law enforcement attitude is also evident in PG's latest crackdown on prostitution. Hello! If there were no customers, prostitution wouldn't be a problem - y'all are picking on the wrong end of the issue!

Well! Who could study effectively after getting a bee in me bonnet over that!? While my blood pressure was still up, CBC just had to read some comments about the Bertuzzi reinstatement. More idiots! Why didn't you hockey officials just pat him on the back for being a "good boy" in the first place instead of wiffle-waffling around about suspension, etc for a year and a half!? Makes me ill!

So last night, I took myself out to a delightfully diverting movie, The Island. It was not at all what I expected - actually, I hadn't heard of it, so didn't know what to expect. I won't ruin it for you, but its about the issue of cloning, and it really makes you go hmmmmmmm! If you like thought-provoking movies, check it out!

So today, I'm on campus to study (as soon as I finish blogging and checking e-mails and stuff) WITHOUT distractions. I must make the most of today, 'cuz my exam is first thing Monday morning, and my plans for this weekend are the PGX! (When's the last time YOU watched a sheep-shearing demo, scarfed a hotdog, and turned your stomach inside out on a midway ride???) Have a good weekend all! 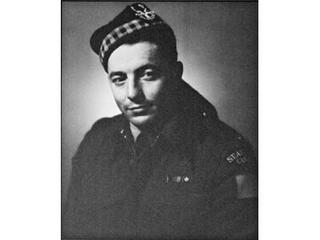 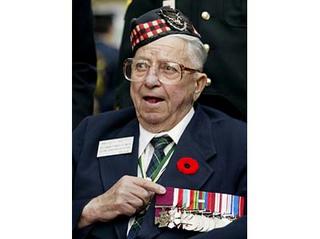 One more thought: hope you'll join me in 'hoisting a glass' this weekend to honour an old Canadian soldier and absolutely unique and delightful character. He was the last Victoria Cross recipient this country had left to salute. I think he would have appreciated the gesture - especially if the glass was hoisted by those of the feminine persuasion!
Posted by LDF at 9:39 am 1 comment:

music while reading James Michener's Iberia: Spanish Travels & Reflections, a fascinating combo of travel itinerary, interesting local characters, architecture, food reviews, and liberal doses of Spanish history. What a change from the last book I was reading! Iberia was published in the mid-1960s, so much has changed since then - especially attitudes about gender roles!

It sure is nice to have some sunny weather here! (Is the weather behaving like summer where you are???) Altho over the past weekend, I spent more time looking out the window at it than going outside and enjoying it. Apparently I've been overdoing studenthood or something. (My body has a very clear sleep quota, and when I get to a certain deficit point, it simply shuts down and catches up - whether I like it or not!). Oh well, one more class, two more exams, and then I get a break until September classes begin again!

Since my weekend was so dull, did anyone else do anything interesting???

In case you don't recognize the island to the left, it's Newfoundland. Just thought I'd share it with you all, since I've been immersed in Newfie stuff these past couple of weeks while writing my latest term paper (Regional Geographical Analysis of Newfoundland and Labrador). Fascinating p

art of Canada! Someday I hope to see as much of it as possible first hand!

One of the books I've been reading - to add some local flavour to dry statistics and economical data - is Farley Mowat's The New Founde Land. I was a great Farley Mowat fan years ago, and had forgotten how much I enjoy his 'pithy' writing style! I think this fall I'm going to embark on a mission to read more classic Canadian authors. Any suggestions, besides Pierre Berton???

To set the mood for my reading and research, I've been listening to Dan McKinnon's Chasing Sunsets. Okay, okay! So Dan McKinnon is from Cape Breton, not Newfoundland - I know! I know! But his song lyrics are about the sea and seafaring people, and I felt that quite appropriate whilst thinking about Newfoundland! Check Dan's official website and give his music a wee listen ... its good stuff!

I'm wishing I had the $$ for a trip to Vancouver before classes resume in September, but I don't think my budget can be safely squeezed that much. Too bad, 'cuz I'm actually homesick for the Lower Mainland! (If you're reading this, Reynolds, don't give me a hard time!) I really feel like a walk along the Sea Wall ... and some good sushi ... and a good visit with friends ...

Other than the above, I don't have much new or interesting to blog about. I'm coming to the end of yet another semester - and feeling burned out / slightly stressed, as usual. Looks like August is going to zip by fast.
Posted by LDF at 12:12 pm 1 comment:
Newer Posts Older Posts Home
Subscribe to: Posts (Atom)